One of our habits in Peru was to visit the local markets. In Arequipa, instead of our standard fruit shake we picked a bag of fresh and exotic (in our opinion) fruits. We decided to check how they taste 😉

Because we didn’t know what to expect and choose – we did ask the seller for advice. He showed us which fruits will have the most interesting and distinctive flavors, while which ones we really don’t want to try (e.g. the ones you can eat only after cooking them). In the end we chose the most interesting ones – either because of their appearance or smell, as well as the ones that looked like something we already know.

Cherimoya, or mostly known under its common name – custard apple – and is one of the most popular flavors in Peru. The fruit can be found at every marketplace and in shops – there are also cherimoya-flavoured sweets.

Round and green fruit in appearance resembles a big hop cone. It is of course not even close to hop at all by any other criteria.

Fruit rind is inedible, but very easy to cut and peel. With the very first cut we did immediately smell very intense, sweet and slightly milky scent.

The flesh is smooth and shiny, juicy and quite sticky, with a very light texture. It also has a large black stones, which are inedible.

Intense aroma and delicate structure ideally fits to the taste of the fruit. The fruit almost melts in the mouth, is quite sweet and delicious. The taste reminded a little bit like a combination of a very sweet pear with a delicate pinch banana-flavour. We’ll definitely buy this fruit again once we’ll see it.

Granadilla (or granadia) belongs to the family of passiflorae whose fruits are generally referred to as passion fruit. One can see the resemblance from both the outside and inside.

The fruit is so juicy that Patrycja had her basically soaked in it.

Quite thick, inedible skin covers small particles, similar to the inside of pomegranate. In granadilla these are very soft and delicate, almost colorless and have a dark, crunchy seeds. The most convenient way to eat this fruit is to use a spoon.

Our first impressions about its the taste resembled gooseberries – not too sweet, and with very delicate texture. Granadilla didn’t impress us enough to try it again but passion fruit in gneral become our favorite ingredient in juices and fruit cocktails.

Another fruit on our table was Tumbo – another member of the passiflorae family. Long, yellowish and soft-skinned – it looked like short bananas. That’s probably where the English name of this fruit comes from – banana passionfruit. But its insides and taste are not even close to banana.

Like granadilla that we had moments before – tumbo also has characteristic particles. They are slightly orange, much more dense than in the granadillas and the seeds inside the particles are much more crisp. Tumbo can be easily eaten with fingers.

Its taste reminded a slightly unripe grenade – a taste very similar to maracuya, but even more sour. Works great in fruit cocktails for the balance.

When we saw pacay on the market for the first time, we thought that someone accidentally left a bag with broad beans between fruit. However, the seller urged us to try it. Long green pods hide interesting interior, which quite surprised us.

The quite hard skin hides of the fruit hides white and fluffy interior, like cotton or wool. It’s very soft and delicate, but at the same moist with juice. Inside it hides big stones.

The fruit does not smell – neither the skin nor the inside. The flesh is very delicate in flavor and consistency. It’s hard to compare it to the tastes that we know. We were not particularly impressed by it, so we gave two remaining cacay to the tourists we met (and they liked it).

Platanos is simply Spanish for bananas. They look similar to bananas available in our grocery stores. There are however much shorter and slightly thicker. They have a very thin skin which gets black spots faster.

The consistency of the fruit is much more compact and denser than “our” bananas. Platanos have much more flavour and are very filling – therefore they were the most commonly bought by us fruit in Peru. What is important – black spots on the skins of ripe bananas do not affect the quality of the fruit. That’s in contrast to what we know of bananas available on our market. Platanos still remain very good, have intense flavor and a dense consistency.

Lima dulce is nothing but a sweet lemon. It looks and smells just like “traditional” lemon – yellow, round with a sour smell.

The consistency is almost identical. The surprise however comes when you taste the fruit. Lima dulce has a sweetish taste, and even resembles the taste of tangerine with a slight lemon flavor. It lacks the acidity and bitterness, which we expected judging by it’s looks, but we consider this a very big plus.

We enjoyed the fruit and we think that a juice from it would be very refreshing.

The taste is very sweet and juicy, but shortly after the sweet lemon it was a little… too sour for us. Overall the fruit was tasty with only one drawback – it has a lot of pips!

Tuna (not the fish) is the fruit of opuntia, a.k.a. the prickly pear – it was the first fruit of a cactus that we’ve ever had (and quite frankly we didn’t even think that cactuses have edible fruit). In appearance tuna resembles a piece of cactus peeled from needles. It’s slightly elongated with a slightly purple-burgundy-colored skin.

After cutting it open a crimson interior reveals, with a very delicate texture, similar to watermelon. The pulp is full of tiny black seeds – edible, but slightly hardish.

Tuna tasted like a crossover of watermelon with yellow melon. The fruit is not overly sweet, but it’s also neither sour nor bland – this is definitely one of our favorite fruits which tried during the entire trip.

Pepino is Spanish for cucumber. So if you want to buy the fruit and not the vegetable make sure to add dulce, which is Spanish for sweet. One of its common name has nothing to do with cucumbers, but gives a hint about its taste – melon pear.

The fruit has the size of a large nectarine or an apple, has yellow color with gentle red pigmentation on the skin.

When cut, its intensive and tasty scent encourages to eat. Pepino dulce is very juicy and sweet, and the consistency and taste perfectly resembles melon.

So if someone likes melons, this is the ideal portion “to go” 🙂 Patrycja especially liked Pepino. From now on, she bought it each time she saw it on a marketplace.

We have seen this fruit several times in the shops in Poland, but we’ve never tried it before. Aguaymanto is also called a Peruvian berry or Inca cherry. Common name for this fruit is Cape gooseberry, but on store shelves it’s usually placed under the label physalis.

At first glance, the fruit looks like a dry shell, resembling a dried flower. The edible portion of the fruit is hidden inside. It’s intensely orange and has the size of a large cherry.

The taste reminded Patrycja of sour gooseberries, and Dawid – combination of gooseberries and black currants. We were not to delighted so we’re not real fans of aguaymanto.

When we finally asked each other about the impressions and what we liked, we both had different types.

For Dawid it was not that plain – the fruit were unusual, but he would definitely eat again tuna (prickly pear). Refreshing summer flavor, slightly watery mix of watermelon and melon. Other fruits were either too sweet or too sour. And some of them without any distinctive flavor – e.g. pacay.

Similar impressions about pacay had Patrycja. Also tumbo was not exactly to her liking. On the other hand, we both liked pepino dulce and cherimoya – both very refreshing and distinctive flavors.

And, as mentioned at the beginning – for a bag of fruits at the San Camilo market in Arequipa we paid 22PEN, which is about 6,50USD. We believe this money were well spent, because it provided us with a very interesting taste sensations and completely new experience 😉 And we encourage everyone to do such experiments on their own!

No comments yet
cuisine round the world 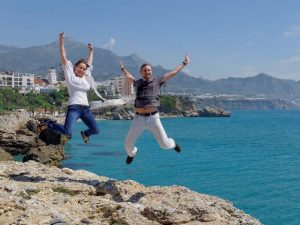 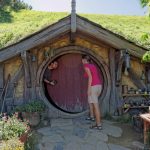 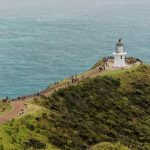 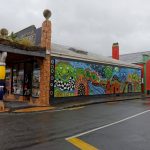 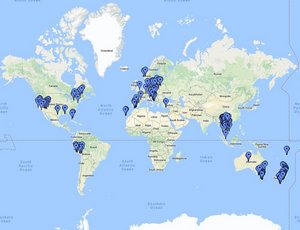