After a few days in Toronto it was time to make the second dream from “Canada” list come true – we went on a camping/canoeing trip to Algonquin Park. It is the perfect place to get away from the hustle and bustle, phone and internet – simply relax. And there’s also a good chance to meet a moose – and we hoped for it.

Briefly about the Park

Algonquin Park is also a national historical site. One of the oldest First Nation tribes, from which the park takes its name, originates from those regions – Algonquin tribe.

An area of over 7600 km2 is characterized by wide valleys and wetlands, divided by low hills. Approximately 1200 km of rivers and other major watercourses and around 2,400 lakes are located in the park. Most of these lakes are connected with numerous water routes, which gives a lot of freedom when planning a trip by kayak/canoe. An excellent compendium and a good starting point to get the idea of the park routes is a map called Jeff’s Algonquin Park Map. Visit www.algonquinmap.com to read it online – it’s really useful to plan ahead.

Many different species of animals, insects, plants and fungi live in rivers, lakes and dense forests of Algonquin Park. Among the rich set of species, the most searched by tourists certainly are moose, black bears, eastern wolves, lynxes, beavers and otters.

Camping in the Park

We took a parkbus from Toronto to Algonquin Park. Looking at the map it seemed to us that the park is near Toronto – it is not. Lake Opeongo, which was the last stop on the parkbus route, was a 5 hours drive.

After all the arrangements associated our stay in the park, we went to rent a canoe, food barrel and a tent. For four days we canoed across the lake from one camping place to another. The fear of bears that we had the first night, disappeared in the following days. Everyday we had to gather wood for the campfire, just like everyday there was no other option to wash out except for the cool waters of Lake Opeongo.

After a few days in the park we know how it feels to be alone on an island 😉. One day we got to an empty campsite on one of the small islands in the middle of the lake. We could walk around “our little island” in no more than 20 minutes, but the atmosphere was amazing – relaxing, quiet, calm and beautiful nature all around. During a lazy afternoon Patrycja read a book that waited for a long time, and Dawid caught a few fish, which then we cooked on a campfire.

We really wanted to see moose in Algonquin Park, but we were unable to reach the place where’s the biggest chance to see them. But we had hoped that we will still see a moose somewhere in Canada…

And while canoeing hasn’t always been easy for us – sometimes because of strong winds or the waves on the lake, and sometimes just because we had problems synchronizing our paddling, still those few days helped us to relax, take a broader view at our adventure and charge our batteries for the adventures to come. 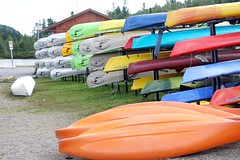 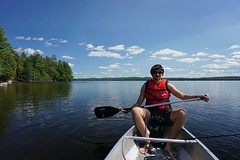 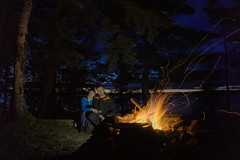 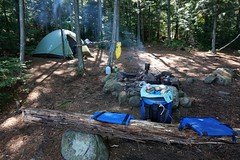 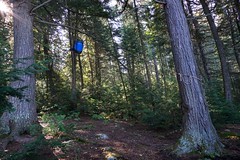 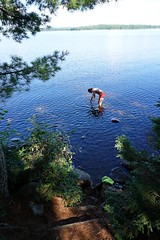 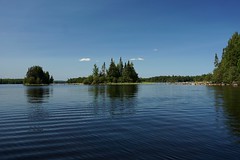 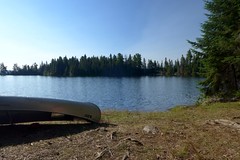 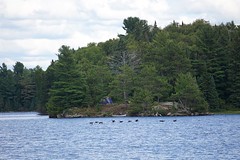 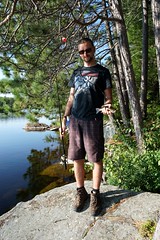 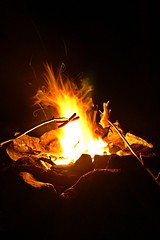 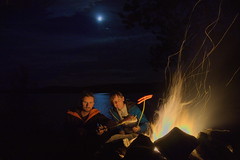 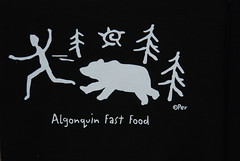