There are so many interesting traditions and customs around the world. About some of them we only heard, but some we had the opportunity to see for ourselves. And we would like to share these with you on our blog. We will start with Semana Santa, Holy Week, which is celebrated in Spanish Malaga in a very ceremonial manner.

In Christian tradition Holy Week is a time to commemorate the last days of Christ. It begins on Palm Sunday and lasts for a week until the Sunday of the Lord’s Resurrection, which is the biggest Christian holiday.

In many countries in the world, Holy Week is celebrated solemnly , but nowhere it’s so long and rich in tradition as in Spain. Travelers from other countries are thrilled by the religiousness, the theatrical momentum and the diversity of the Spanish Semana Santa celebrations.

The members of the religious fraternities (so-called Holy Brotherhoods) go through the streets of the city in solemn processions throughout the week. The main elements of the procession are the pasos – huge platforms with statues of Christ, the Holy Mary or the whole religious scenes. Most pasos are real works of art. Thoroughly refined figures are often dressed in expensive fabrics and are adorned with rich additions, sometimes made of silver or ivory. And although their weight sometimes reaches a few tons, there is no greater honor for members of the fraternity than the possibility of carrying the platform during the Semana Santa procession.

The traditions of the Holy Brotherhoods, referred to in Spain as Santa Hermandad, date back to the 13th century. They were not formal organizations at the time. The first of these were established in Andalusia, primarily to protect the cities from the Muslims conquering the Iberian peninsula, and in the Basque country to protect pilgrims on the pilgrimage route to Santiago de Compostela. Over time, throughout Spain, more and more Brotherhoods came into being. The oldest of them, the Hermandad del Silencio of Seville, was officially established in 1340.

The greatest number and importance of them was in the fifteenth and sixteenth centuries. Although since the very beginning the Brotherhoods were closely linked to the Catholic Church, the scope of their duties and activities was much broader. From policing cities, by limiting illegal trafficking to collecting taxes, and often also settling court disputes. Many also took part in the civil wars that swept through the country.

There are currently around 60 Hermandad in Spain, but their activity is significantly different from that of previous centuries. At present, they no longer hold important functions in the state. They focus primarily on bringing Silent Catholics to God, by going out to the streets of the cities. The period of Semana Santa is particularly important. Members of the Brotherhood take their responsibilities very seriously. Everyone, according to hierarchy, has a role to play in the preparation and specific tasks to be performed. Families and local communities are also often involved in organizing events.

We had seen various religious processions before coming to Spain, but none of them was organized with the same intensity and richness as in Malaga.

From Palm Sunday, every day of Holy Week – from morning to late night – the streets of the city are piled with columns of pilgrims. Every procession is prepared by one Brotherhood, but every single Hermandad works together to organize Semana Santa.

The main and most important part of every procession are pasos. The brotherhoods most often carry two such platforms – one with the Virgin Mary and one with a statue of Jesus or sculptures depicting the chosen biblical scene – most often coming from the passion of Christ. Each figure is unique, and the dress often refers to the colors of the Brotherhood. Platforms are additionally decorated with flowers and candles, and sometimes even small trees and elaborate candelabras, which further enhance the impression of luxury, wealth, and size of the platform.

Each paso weighs at least a few hundred kilos, and raising it up needs a lot of men. But members of Hermandad had practiced carrying the platform to a perfection. Dressed in penitential robes with Brotherhood emblems, they walk shoulder to shoulder, stepping from foot to foot, moving slowly forward. They are led by one of the Brothers, who rings the small bell in front to give a signal to rest or re-raise the platform. Observing the pasos it seems that the platform is moving more sideways rather than moving forward, but looking at the tired faces of the pilasters it’s no surprise why the column moves at such a slow pace.

In addition to pasos and orchestra, people are dressed as Roman soldiers or knights in armor, as well as children and priests and penitents in characteristic pointed hoods. The latter dresses are related to the tradition dating back to the Middle Ages. Then the people punished by the Inquisition had to wear penitent robes, called sanbenito and put on pointed hoods called capirotes. Many of the penitents additionally take off their shoes in order to make up for their sins.

One of the most famous pilgrims, walking the city streets in the capirote hood, is Antonio Banderas. This actor was born in Malaga and participates in the annual celebration of Semana Santa in his hometown. He leads the pilgrims carrying the platform Virgin de las Lágrimas y Favores (Virgin Mary of Tears and Favors). He is also frequently involved in carrying the paso of the Brotherhood of La Esperanza on Holy Thursday. But he never reveals his presence. As he says:

Wearing the hood gives me a certain freedom – I’m not walking around the streets with my face visible. I’m on the same level as everyone else, exactly the same. That’s what the hood is all about: hiding your identity and going from being an individual to being part of a collective.

In 1965, the Holy Week in Malaga was declared the Fiesta of International Tourist Interest. Since then, the celebration of Semana Santa has not only been religious but is also accompanied by a typically festival characteristic. What is more – each year Malaga and Seville compete for the best organizer of Holy Week.

During this one week each year, many roads in the city are closed for traffic, and public transportation is carried out by other routes. Most hotels are booked and in the evenings it is hard to find a free table in the restaurants. In the center of the city, you can find amazing crowds of tourists from Spain and other countries in Europe and the whole world.

For the Spaniards, Semana Santa is so important that many of them take a vacation during this time. Some of them walk down the street with other pilgrims, some stop and pray as the procession passes by. In Andalusia, during the procession, occasionally someone goes out to the balcony of their apartment to sing a capella a religious song, the so-called Flamenco Jondo. It resembles some of the Arabic muezzins singing for prayer in the mosque. During the performance of the Flamenco Jondo the whole procession stops, silently listens to the song and moves on afterward.

The processions take different routes, but they all have a common passage. In Malaga, it is the Alameda Principal and Calle Larios, all the way to Plaza de la Constitución. Each year stands are set up here. Some of them are public, but the best places are reserved for long before the Holy Week. Also along the route of the procession, you can find many food stands with various delicacies, snacks, and souvenirs.

One of the most traditional snacks that you can get in Spain only during Lent are torrijas. This is a sweet dish, made with fried bread. It may be served as dessert or breakfast. Torrijas is generally a slice of bread soaked in eggs, sugar, and milk and then fried on olive oil. Most often served with additives such as powdered sugar, cinnamon, sweet syrups, honey or wine.

Is it worth participating in the Spanish Semana Santa?

Of course it’s worth it!

Although during this one week in the city there are real crowds, sometimes hard to find a free table in a restaurant, and rooms in hotels cost more than in the rest of the season.

Although when observing the people that come to take part in Semana Santa you might get the impression that their festive grotesque contrasts with the procession of the penitents carrying the figures of the Mother of Sorrows and Christ crucified.

It is worthwhile to come to Andalusia for the celebration of Semana Santa because it’s one of the few places in the world where religious processions are so unique and so big.

And if you still prefer to spend the Holy Week in a traditional way for you, then when visiting Málaga we recommend to visit Semana Santa Museum The museum is open all year and you can get acquainted with the Semana Santa festival in Andalusia. It is also home to several of the 41 Holy Brotherhoods in Malaga. In addition to their history, you can also see some of the statues that are in the streets of Malaga during the Holy Week. 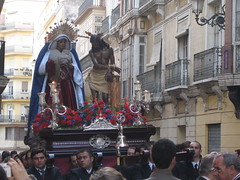 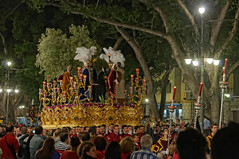 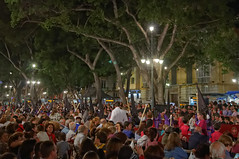 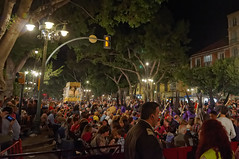 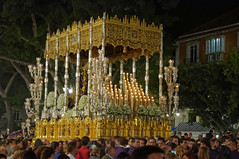 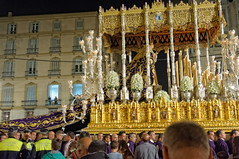 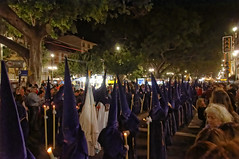 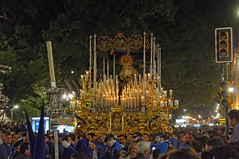 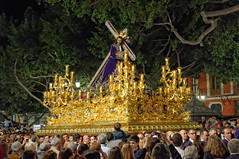 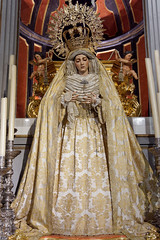 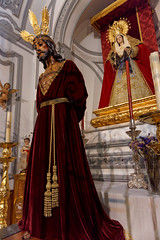 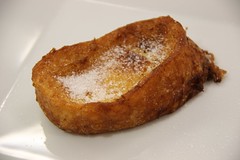